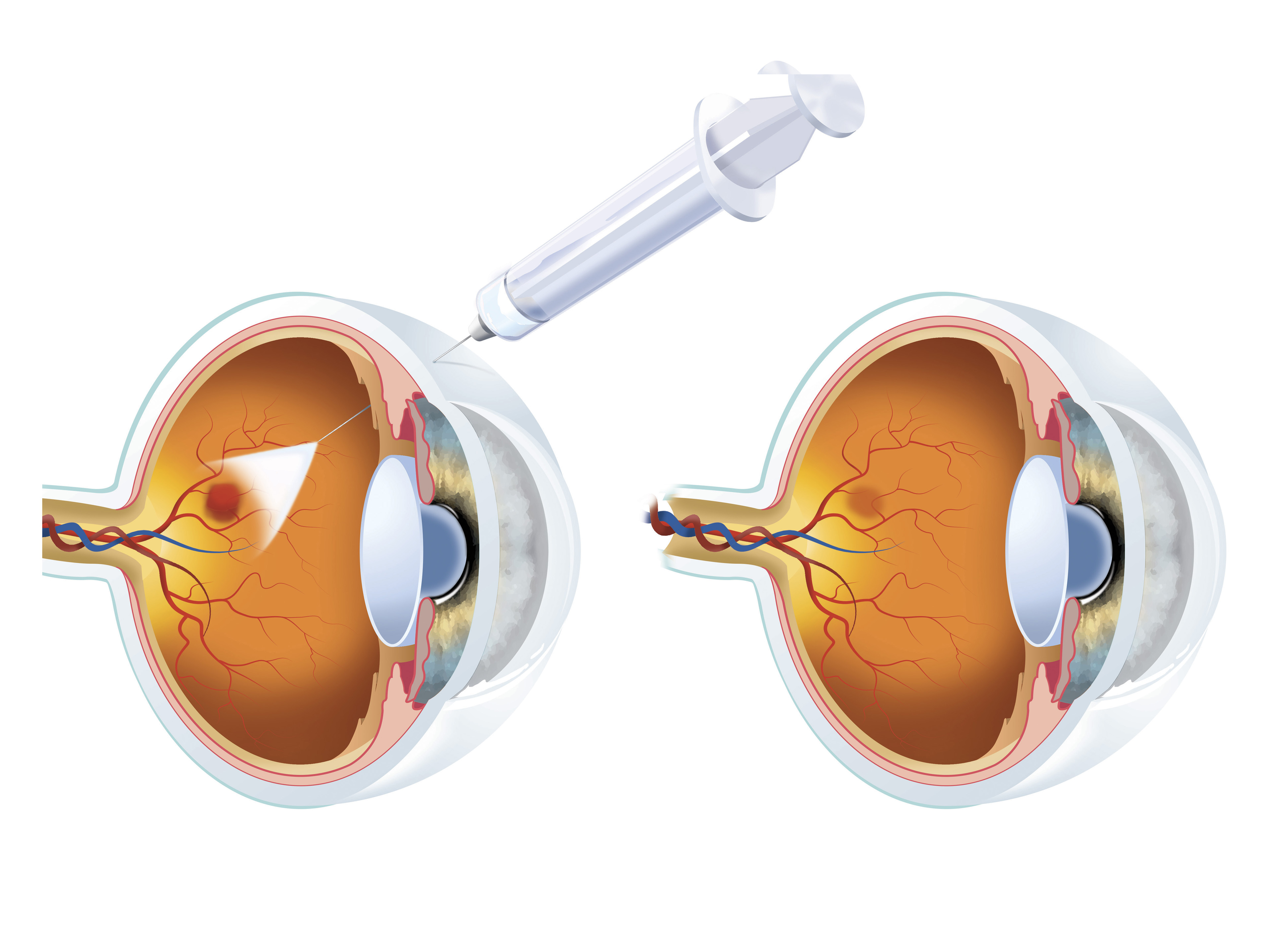 Anti - VEGF drugs have been used in the eye for over a decade. It has been used mainly for Age Related Macula Degeneration (ARMD), an aging change in the central vision (macula), usually seen in Caucasian populations. Macula degeneration (ARMD) presents with distortion (metamorphopsia) in the reading vision as letters and words may seem distorted or jumbled.

Anti VEGF drugs have revolutionized the treatment of some macular conditions in the eye such as in Diabetic Retinopathy (Maculopathy) and retinal vein occlusions. The Anti VEGF drugs most commonly used in the eye include Bevacizumab (Avastin), Ranibizumab (Lucentis) and Afilbercept (Eylea).

Its indications and uses have increased over the years from retinal vascular problems to treat other conditions such as a special type of glaucoma (rubeotic glaucoma; due to growth of new vessels). It is given as an injection directly into the vitreous gel of the eye (intravitreal injection).

The drugs act against the body’s vascular endothelial growth factor (VEGF), which causes the development of abnormal blood vessels in the eye that damage the retina whether by leakage or bleeding. The Anti VEGF drugs can get rid of these new vessels and leakage.

However, the effect pf the drugs lasts for 4 weeks and may need to be repeated on a monthly basis until the condition resolves. Patients may require ~3 monthly injections to stabilize the condition depending on the disease severity. It is very effective in diabetic eye disease (diabetic macula oedema: swelling as the back of the eye), however, an Optical Coherence Tomogram (OCT, a special retina scan) would be required to monitor its effectiveness. It is very important that the patient controls their diabetes during and after the treatments.