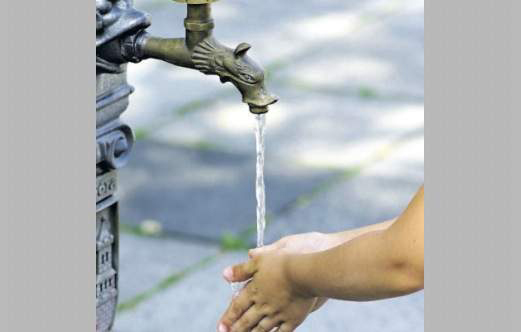 IT is widely accepted that sharing is caring but with cases of 'pink eye' being recorded locally, this might be one of those times when it's okay to be a little selfish.

In fact, with schools set to reopen for the new academic year tomorrow and the Ministry of Health on Friday issuing yet another advisory about 'pink eye' — which is also known as viral conjunctivitis — the Jamaica Observer sought prevention tips from Dr Lizette Mowatt, president of the Ophthalmological Society of Jamaica and head of the Opthalmology Division at the University of Hospital of the West Indies (UHWI), for parents and teachers.

Viral conjunctivitis is redness and swelling of the eye that may be due to infection or irritation caused by viruses.

"With conjunctivitis that's due to virus there isn't any treatment for it, so there is no antibiotic that you use to treat viral conjunctivitis," Dr Mowatt told Your Health Your Wealth last week. "Just like the common cold, it needs to run its course."

Pointing out that it is very contagious, the consultant ophthalmologist said since there is no treatment, the best thing to do is to avoid it.

Pink eye is a common condition and the infection can be spread by touching or rubbing the eyes with dirty hands or sharing objects such as eye drops, contact lenses, towels or handkerchiefs and make-up.

"If you are near someone who has pink eye, you can catch it either by them rubbing their eyes and [then] holding your hand or them touching something on the table and then you touch that. "[Even] something like [touching] a door handle — so when somebody else comes and touches the door handle they can get it from there," Dr Mowatt explained. "So it's something that's passed on by contact."

However, there is no need to panic. According to the health ministry in its advisory, most people will recover from pink eye within seven to 10 days.

"If you do have pink eye, you don't have to see your doctor unless it is not settling," Dr Mowatt told Your Health Your Wealth.

"So, usually, you give it at least five to seven days; the redness will go by itself. If it is not settling down by itself within that period of time, what I would suggest is that you then seek medical help," she continued.

The head of the UHWI Opthalmology Division explained that, usually, patients experience symptoms such as itching and watering of the eyes, and then the eye appears red.

"So it gets bad over two to three days and then over another two, three days it clears up," she said. "It's something that does not cause any permanent damage to the eye, so it can clear up completely."

She pointed out, however, that the main objective should be preventing pink eye.

"With children, because kids tend to share things, if children have pink eye or are diagnosed with viral conjunctivitis they should not go to school... as it spreads very easily.

"When they are at home they shouldn't share things like their towels or their rags that would come in contact with the eyes, because other people in the home can actually get pink eye from them," Dr Mowatt said.

To teachers, Dr Mowatt had this to say: "Make sure that in the class they don't share pens and pencils because people may put it in their mouths, rub their eyes and touch it, so you need to reduce the amount of sharing in the class. And if someone does have pink eye, it would be best to contact their parents and allow them to go home."

She said, too, that encouraging good hand hygiene is important for children.

Meanwhile, in its advisory on Friday, the Ministry of Health reminded people who are currently experiencing the symptoms of pink eye to not attend school, work or other crowded places until the infection clears up.

To prevent the spread of pink eye, the ministry is advising people to:

So, what are the signs and symptoms to look out for?

They are: redness of eyes, watery eyes, itchy and/or burning eyes, grainy feeling in the eyes, and hypersensitivity to light.